Got Songs You Want To Record?

well! why not get an album out there! from as little as £60per band member? (prices may vary depending on situation) Yes Regular Riot is offering a full inclusive package that will give yourselves a album for a days work! At a very competitive price! 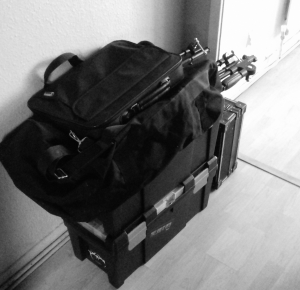 Back in December 2019 Regular Riot worked with NottsRockCast Podcast to record the whole of an audience attended podcast, in doing so Regular Riot recorded two 2hr podcasting sessions, three bands and one solo artist. The podcasting sessions were used in the podcast NRC-050, the Live sets were all turned into live albums for the bands and artist. Please listen to the examples below to get an idea of what this package will give you!

This is an acoustic set By Pixie Styx – Life Lessons

This is The New Tomorrows – The National Mistrust

This is Three Years of winter – I Putrid

This is Slowmo75 – Not Giving Up

What you will get…

*Extra recalls will be chargeable at studio rates.

^Recording day will be between 8 to 10hrs, including setup and breakdown times.

N.B. This package does not include the payment for the room that we will be recording in, the band or artist is totally responsible for this arrangement. Also note that as a band you MUST be well rehearsed, the amount of songs that get recorded will depend on how well all members know the songs. This is not a studio recording package!

Let’s give a little background to this idea……

So back in the early 2000’s Jethro listened to a set-titled album by a little band called Rage Against The Machine and thought ‘wow that’s amazing!’ Not only great writing talent and player-ship of the band but what a sound! (Even in the 90’s) what such a big sound! Well forward on to 2018 and Jethro watched a great documentary of a little known USA studio called Sound City, and during the film there was a clip on the said album was recorded ‘Live Off The Floor’ that gave a clarity to that first impression of the self-titled album well over a decade later!!